The American Cancer Society's West Hawaii inaugural event, the Hawaii Cattle Baron's Ball was a huge hit! This fun and entertaining event held at the Mauna Lani Hotel and Bungalows on April 16th, raised almost $52,000 for cancer patients and their families that live on the West side of the Big Island of Hawaii.

Everyone came dressed in their cowboy and cowgirl finest, and some even brought their beautiful horses! There was stellar entertainment including an auction, awesome food, music, and dancing. You can see over 400 photographs of the event at JocksHotShots.com Photos were not enabled to be shared or I would have posted some here.

The Hawaii Cattle Baron's Ball was made possible because of the work and effort of many people including Ken and Mary Colucci who really got the ball rolling -- no pun intended;) They were the ones that called us (Double Brush) and asked if we would be interested in providing Hawaii candle favors for the event.

From what started out as our Hawaii designed candles that we have in stock, quickly turned into custom candle favors once beautiful artwork from Jennifer Buddenhagen was obtained. We suggested doing our natural soy wax candles in red, white and blue colors to represent America, with coordinating Hawaiian fragrances of Tuberose, Plumeria and Hawaii Ocean to represent Hawaii.The artwork was wrapped around each square candle, placed in a crisp poly bag and tied with twine that looked like miniature rope to tie into the cowboy theme.

Recently, Maile Carvalho who is the Community manager of Income Development sent me an email which read in part:

The candles were a big hit just as we predicted.  This is a quote from a couple from Illinois that joined us:  "The details that are incorporated for a first time event are phenominal, like these different colored candles.  You folks have set the bar and we look forward to being invited to more CBBH Events"

This is what 200 custom candle party favors look like! This photo was taken in our art studio before the candles were delivered.

We  already have designs in mind for the candle favors at next year's Hawaii Cattle Baron's Ball! Hope to see you there. 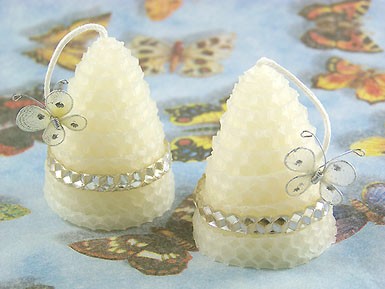 You are invited to an Etsy virtual bridal show, premiering a diverse and amazing selection of handmade wedding favors. Whether your taste runs from eco conscious green wedding favors made with natural materials, to decadent mouth watering gourmet chocolates, there is something to suit every bride and groom's style.

This virtual bridal show for wedding showers is hosted and authored by Parties by Kristin. There are also links for readers to donate to Wish Upon a Wedding.

“Wish Upon a Wedding is a nonprofit 501 (c) (3) organization that provides weddings and vow renewals to couples facing terminal illness or other serious life-altering circumstances, regardless of sexual orientation. Often, couples facing such situations do not have the energy, time, money, or resources needed to plan their wedding. Our organization takes care of all the details, offering couples a chance to relax and enjoy a very special day while surrounded by the love of their closest family and friends.”

A nice feature of this Etsy virtual bridal show, is that there are 16 different etsy stores featured, and each has a slide show of about a dozen products. It is great because you don't have to be clicking on and off to each store, you can sit back and get a good idea of what each store is about without leaving the page.

We are used to getting nice emails after customers receive their orders, but sometimes we even get a "feel good" email BEFORE a customer receives her order. I got this email the other day:
Hi Cheryl-

It has been an absolute pleasure doing business and I would recommend your company to anyone. If only everyone made it so easy to do online business.

Have a wonderful day and thanks again for the pleasurable experience. 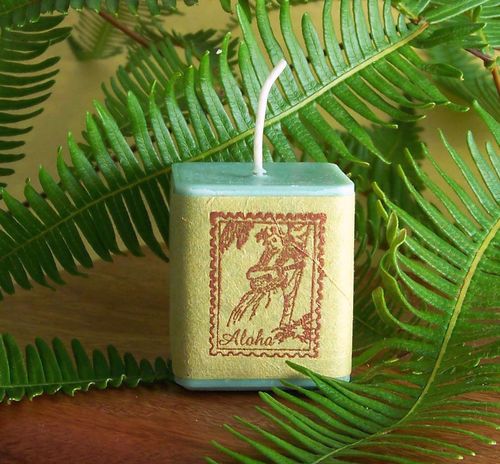 So many people's lives have been touched by cancer. More money for research is always needed, but money to help cancer patients and their families are also needed. The American Cancer Society is addressing this issue by raising funds with their first Hawaii Cattle Baron's Ball on April 16, 2011 at the Mauna Lani Hotel and Bungalows.

"Come in boots, jeans, a cowboy hat and have a great time," said Colucci. "This is a dedicated party with a purpose, where guests can dress in their Western best to celebrate the Big Island's paniolo heritage and to help fight back against a disease that has taken too many lives."

Tickets are $150, with $65 of that price being tax deductible, Colucci said. Tables of eight or 10 people can also be reserved. For more information or to purchase tickets, call Joy Peters at 895-1805.

Double Brush will also be donating a candle set for the auction, and donating half of the retail price for Hawaiian candle favors. Each participant will be able to take home one of our special Hawaiian soy candle as a keepsake of this special occasion.