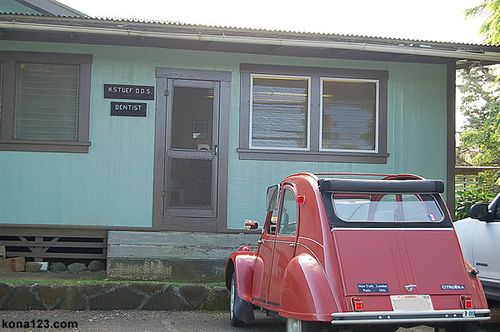 New York, Paris, London, Hilo. Driving around Hilo I have been seeing this on black and white bumper stickers on cars everywhere. What does it mean? I think it can be interpreted in several ways.

Population? New York and London have over 8 million people living there, and Paris over 12 million. Hilo has 43,263 according to the last US 2010 census.

Fame? Pretty much everyone has heard o the cities of New York, Paris and London, but mention Hilo and many people are puzzled. (We are located on the east side of Hawaii Island, affectionately known as the Big Island.)

Famous landmarks? New York has the Statue of Liberty and the Empire State Building. Paris is identifed with the Eiffel Tower, and London has Buckingham Palace. Hilo has the Palace Theatre. (opened in 1925)

New York, Paris, and London are know as exciting cities that never sleep and are open 24 hours a day. In Hilo the only place open 24 hours is the local Ken's House of Pancakes.

So what does "New York, Paris, London, Hilo" mean to you? I think Hilo is a state of mind.

Hilo is definitely a state of mind, and a fine state of mind at that! But to me, the sticker means the person sproting it is well traveled!

This is only a preview. Your comment has not yet been posted.

The letters and numbers you entered did not match the image. Please try again.

As a final step before posting your comment, enter the letters and numbers you see in the image below. This prevents automated programs from posting comments.

Having trouble reading this image? View an alternate.

(Name and email address are required. Email address will not be displayed with the comment.)